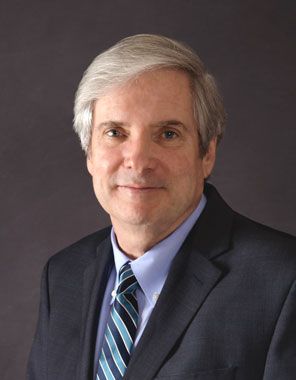 Mr. Reed is co-founder of Lankford & Reed, P.L.L.C., and his practice is largely focused on cases of complex litigation, including antitrust, labor, securities, and environmental litigation. He received a Juris Doctor from Georgetown University Law School in 1982, was editor-in-chief of the American Criminal Law Review, and received the Panati Award for highest average in criminal courses. He served as a judicial law clerk at the U.S. District Court for District of Columbia and the United States Circuit Court of Appeals for the Ninth Circuit in California.  Prior to founding Lankford & Reed, Mr. Reed was a principal and associate at other litigation firms focused on complex litigation.

Over his decades of experience, he has earned a reputation for taking on tough cases that he believes in, and succeeding for his clients, even when the odds are not in his favor.  In addition to being an outstanding litigator, Mr. Reed is a skilled representative for his clients, passionately working to meet—and exceed—the legal goals of the people he serves. Some examples of his work representing clients include:

Mr. Reed has testified in multiple congressional hearings, and has been recognized by VIS International Commercial Arbitration as an Arbitrator, and by the Global Competition Review as Litigator of the Week in 2015. He has also been recognized by Martindale Hubbell as one of the Best Lawyers in the Washington, D.C. and Baltimore Areas from 2014 to present.

Mr. Reed has submitted amicus briefs to the Supreme Court and other courts on behalf of bar associations on constitutional issues, including the American Bar Association’s brief in support of the constitutional right to use legitimate assets to secure criminal defense counsel in Luis v. United States, 136 S. Ct. 1083 (2016) (Sixth Amendment protects defendant’s right to obtain counsel of choice through payment of legitimate monies), and the Florida Criminal Defense Lawyers Association’s amicus brief in support of the Double Jeopardy rights of Puerto Rico residents in Commonwealth of Puerto Rico v. Sanchez Valle,  136 S. Ct. 1863 (2016).

Mr. Reed has provided commentary on legal topics in local news broadcasts in Washington, D.C., and he has also been a guest commentator on MSNBC’s Hard Ball, CNN’s Burden of Proof, C-SPAN’s Supreme Court Review, C-SPAN-2's Close Up, and CNBC’s Real Stories. He is a respected lecturer on a variety of topics, including state forfeiture law, white-collar criminal defense, and RICO, and is a frequent author.

For more information, or to contact Mr. Reed directly, you can call our Alexandria law office at 703-299-5000 or complete our convenient online contact form